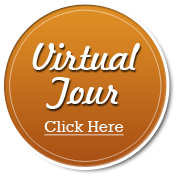 
Considering how terrifying it is to witness a grand mal seizure suffered by your pet, you may be surprised to hear that they are a very commonplace occurrence. It is inarguably a extremely traumatic event for the dog and for the observer, but the vast majority of dogs that suffer a grand mal seizure will actually live a long, essentially normal life.
Your veterinarian will be the one to distinguish between a seizure and some other, similar event involving a loss of consciousness. Doctor won’t be able to do this without an accurate eyewitness account of what happened, though. Your number one task, then, is to keep your wits about you. Try to recall any warning signs you observed before the onset of the seizure. Start a timer of some kind, or else take a video. You’ll be asked to characterize your pet’s movements and any other details you can recall, such as how he acted afterwards. Do not interfere in any way, except to keep your pet from falling down the stairs or off a piece of furniture. The only exception would be if the patient is a diabetic. Owners of diabetic pets know they need to keep some corn syrup on hand, for occasions such as this.
A grand mal seizure will seem to go on forever. That’s why you took note of the actual starting time. If the seizure length approaches five minutes, you’d better prepare to transport your dog to the doctor. While most convulsions run their course without treatment, the lengthier ones will require emergency medical intervention. Two seizures in one night warrants a trip to the emergency vet, as does a seizure in a young dog (less than two years old) or a dog with a preexisting illness of some kind. If your dog is 2-5 years of age and the seizure is short, and the patient was healthy right up until the event, the odds are in favor of a garden-variety epilepsy. After an examination and some tests, many dogs with this condition are monitored at home with a seizure calendar. This is a record of seizure frequency and duration; it’s used to determine the course of therapy.
Anticonvulsant, or anti-seizure, medication is usually not stopped once it’s begun, because it has to be in the system at all times to effectively prevent future episodes. These medicines are generally used for the remainder of the pet’s life. Regardless of any anticipated side effects, embarking on such a long-term prescription is not a decision to take lightly. If the seizure activity is infrequent, your vet might not write a prescription at all. The seizure calendar is essential to inform this decision.
Thousands of dogs have seizures every day, and the vast majority of them are perfectly healthy individuals, but that doesn’t make those long, agonizing minutes any less terrible to endure. The biggest favor you can do for your companion now is to keep your cool and document the event carefully. When he comes to, you’ll be right there waiting for him.